Well, gang, we’re nearly 60 days into 2015. How’s it going so far? Have you been working toward the goals you set for yourself?

If you’re like a lot of people, myself included sometimes, your progress gets stymied because you get stuck making a decision. There’s a whole mindset (or mind-dance) that you go through.

And on and on and on you go until you are completely stuck. You can’t move forward without the decision, and you just can’t seem to actually MAKE a decision.

You see, it’s not the substance of the decision that determines the whether or not you move forward – it’s the act of making the decision.

In the words of Roosevelt:

Think of kids at a high school dance: 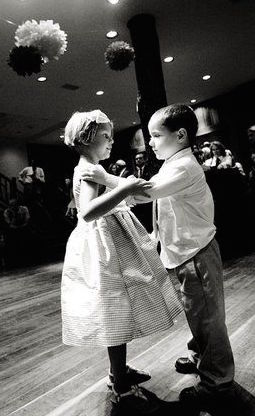 A guy asks a girl to dance (ok, calm down, don’t get caught up in who asked whom), she says yes, or she says no. If she says, “yes,” they dance. If she says, “no,” he moves on. She makes a clear decision – then both parties move forward. But what happens if she says, “Maybe”? Both the guy and the girl stand there, looking at each other, feeling weird and stuck. No one moves forward.

In fact, the biggest transformations happen in what appear to be the smallest decisions:

As you start recognizing the decision points and consciously make a decision, the act of deciding will get easier! Decision making is like exercising a muscle – the more you do it, the better you get at it.

Will you always make the ‘right’ decision? Of course not! And what was the SECOND BEST thing you could do? Just make a decision and move on toward your goal.

Where are you stuck? Where do you need to make a decision and move on? Leave a comment below and let me know!